As mentioned before, my dad has a seizure disorder (see older post called “Groundhog Day”)…. He often is found in his apartment, basically unconscious, banged up from the fall, and confused.  This time was different.

He was found outside. I don’t have the details of the state he was in. He was in bad enough shape for the emergency responders to think he may have been assulted (I think we have ruled that out)…. Usually we do the CT scan, and it comes back clean. This time, there was a bleed on the right side of his brain.

In the ER, they gave him something to reverse the effect of the thinner, and had to wait 12 hours before they would operate. I didn’t get to see him before they took him in, but from what I understand, we was able to form some words, but not coherent.

They took him in for surgery about 12:20 pm. I didn’t hear from the neurologist until about 3:30 pm.

Things did not go as planned.

They removed part of his skull to release the pressure. That was smooth sailing. But…. there was a damaged artery from the injury. It started bleeding, and it took some time to get it under control. He lost a lot of blood, and we almost lost him…..

When the brain surgeon tells you he was scared, it’s not easy to hear. Even when he immediately says – he’s stable now, but it was critical.

The work they did to stop the bleed caused some additional swelling and bruising to the brain. Nothing they are concerned with, but it means that they were not able to put the piece of his skull back in. Instead, they put the piece of the skull in his stomach to keep the tissue healthy – they will put it back in a month or two. 😳 So he had a hole in his skull, covered by skin.

They have a pressure monitor inserted on the other side of his skull to make sure there is no additional swelling or cause for concern. I asked if we should be concerned of further damage – should he fall from a seizure or general unsteadiness, and hit his head…. the doc didn’t think it was a concern. **Kind of funny side note – the doc said my dad has a thick skull, and I thought duh, you don’t know the half of it – he is stubborn as they come! But he literally meant that the seizure medicine makes the skull density thicker than average… who knew?!?**

He was intubated but they hoped to remove it this afternoon. Dad was starting to come to, but couldn’t respond to commands, so they decided to sedate him and keep things stable while they got an IV/central line in place (he is a notoriously “hard stick”).

So when I finally got to go in the ICU to see him, I think it all just caught up with me, and literally knocked me on my ass….. I stood there holding his hand, pondering how pissed off he was going to be when he woke up with all the monitors, the breathing tube, the partially shaved head (and hole in the skull), the hands restrained (so he wouldn’t rip the tube out of his throat)…. anyways – past recent experience tells me that he was not going to be happy being back in the hospital, especially in this condition.


So I was standing there, thinking…. and I started feeling overheated. I took off my sweater and stood for a minute longer. At that point, I felt I needed to excuse myself and go sit down. I said as much, but never made it. I remember holding on to the side of the bed. I remember my knees giving out on me a couple times (the nurse thought I was doing some squats to exercise while I stood there), but then she knew I was going down! The nurse named Nate grabbed me before I hit the ground, the nice female nurse got a chair under me…. next thing I know I am sitting there with cold rags on my head and chest, they are checking my pulse and giving me orange juice with ice to drink! Yep… I was that family member who passes out when they are supposed to be there being the strong one! So embarrassing….Once I was stable they walked me back out to the waiting room so they could get the IV in place.

So I waited a few more hours. Calling in often to see if they were done and I could go back in. Finally at 7:30 pm I was allowed to go back again – but not allowed to be in there without a chair to sit in…. 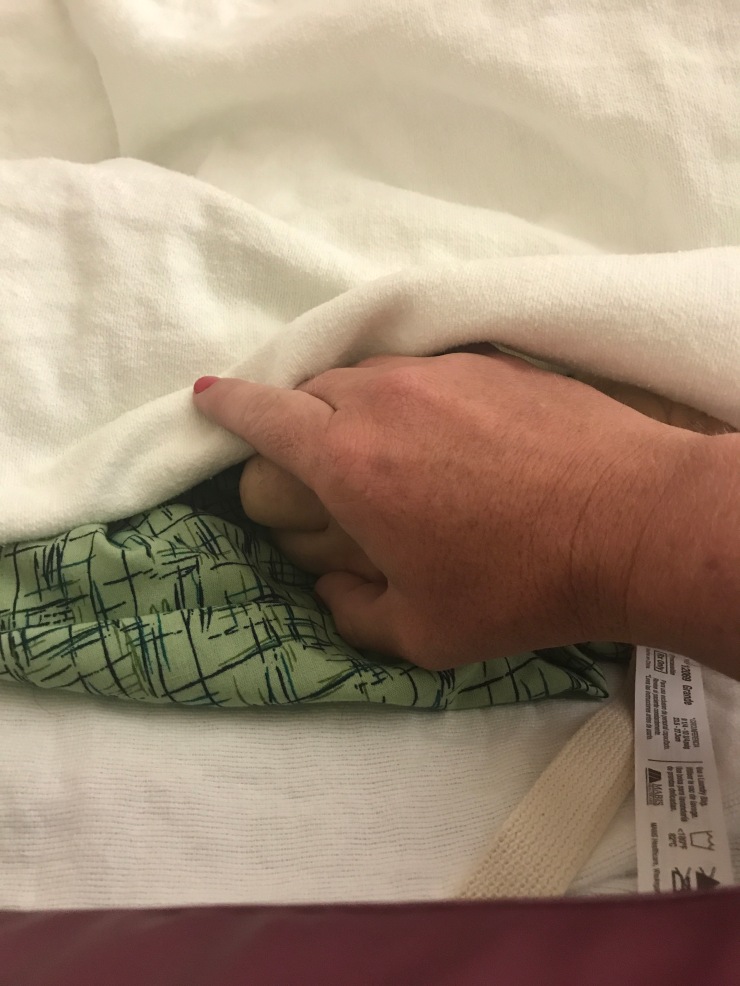 They were giving him some blood to continue to replenish what he lost, and they plan to keep him sedated all night – let his body do some healing. I was able to tell him I love him, and trust him in the care of the great ICU team at Memorial Hospital…. it was hard to leave him.

They say that time heals all wounds… I am not sure, though I want to believe it’s true.

My brother, my sister and I are very close.  We may piss each other off some times, but there is nothing that I can think of that would cause me not to be a part of their lives for well over 20 years….. My dad has 4 brothers and 1 sister. He does not talk to any of them, really hasn’t for over 2 decades.

My siblings & I talk to those family members we can connect with, but have always honored dad’s stubborn wishes.  We have tried over the years to bridge the gap. But we do have bigger battles to forge with that man, especially now. Literally life & death type of stuff….

Here is my advice to family members who want to mend fences…. show up. Be there and tell him you love him and want to help. It’s my instinct to try to make everything better for everyone, but I am tapped out…. I need you to take the risk and start building your own bridges, because we could use the help of our family right about now. He may reject you. He may reject help. He does both these things to us often.  But I am giving you the chance, the invitation…. show up. Don’t regret that you didn’t ever take the chance to reconnect. He doesn’t know it, but he needs you.

Crazy, passionate, creative, extremely flawed mother of twin boys. Currently unemployed & busier than ever.... looking for what life will bring us next! View all posts by CrazyAsAMother

2 thoughts on “The Ugly Truth”

This is a text widget, which allows you to add text or HTML to your sidebar. You can use them to display text, links, images, HTML, or a combination of these. Edit them in the Widget section of the Customizer.
%d bloggers like this: