I would cry.  Seriously, I could lose my shit, or I can take a deep breath – relieve stress through laughter and keep being me.  Not that one way is more right than the other, but given the options, I guess I would rather laugh – even when it doesn’t seem appropriate.

This is a long post – but I am going to pour my heart out here….. maybe some folks don’t want to know all the details, maybe some feel it should not be shared.  I kind of feel like you never know who you can help by sharing your story. 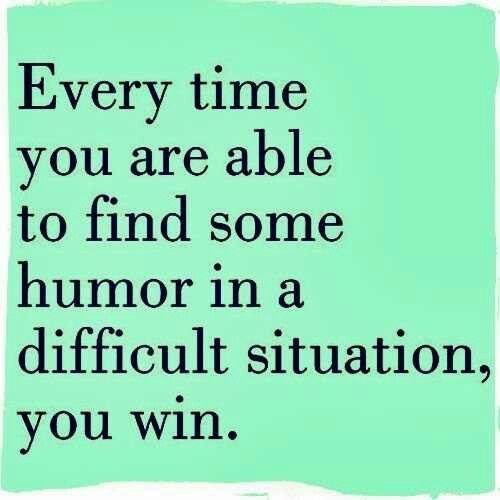 My dad is sick.  He has some sort of a seizure disorder. They don’t really know what triggers them.  He is on a whole pharmaceutical regimen that baffles my mind.  Sometimes we go for months and months without any major “incidents” – the various meds doing what they are intended to do, and all seems okay with the world.  Then something shifts.  Something changes and we find ourselves back at the hospital….

It sort of goes like this…. he has a seizure.  Sometimes at home, sometimes in public.  The folks that live in the building with him are typically really good about calling an ambulance, but sometimes he manages to convince them not to call.  Most times they will at least call one of us kids to let us know it happened.

A seizure occurs when there is abnormal electrical activity in the brain.  Seizures may go virtually unnoticed.  Or, in severe cases, they may produce a change or loss of consciousness and involuntary muscle spasms or convulsions.  Seizures usually come on suddenly and vary in duration and severity.

Most of the time, my dad has what would be considered a severe seizure.  He doesn’t remember them happening.  He doesn’t really know when they are coming on.  He falls down and is injured often.  He is usually completely out of it for at least the first 24 hour after we arrive at the hospital.  We have driven him to the hospital ourselves (with him having NO IDEA who we are), he has been taken by ambulance more times than we can possibly remember.  That part of the script is always a bit different and a bit more challenging – but the hospital visit pretty much goes like this (**insert inappropriate giggles here**):

Dad is understandably out of it.  ER staff asks us the same questions – name, date of birth, what we think happened, has he been drinking, is he on any drugs, etc, etc…..  While he may seem like he is drunk – he hasn’t had any alcohol for over nine years.  The only drugs he takes are the 20 different things that are prescribed to him by the team of doctors he sees on a regular basis.  MOST of the time, he takes them as prescribed, but as I mentioned, he can be confused and his thoughts muddled – it a a disorder of the brain, after all.  My dad keeps a typed list of all his current meds and dosages – we hand this over to the staff.  They input it.  They take him for a CT.  The CT comes back clear.  They ask us if he has a kidney or liver disorder.  We tell them they have tested that multiple times. Ultimately, they will admit him.  They will tweak his anti-seizure meds.  They keep him for 24 hours to see how he tolerates the change. They hydrate him through an IV for a day or two. They tell him he is fine and send him on his way, tell him to follow up with his neurologist in a couple weeks.

The nurses sometimes get annoyed with us kids, because we seem light hearted about the whole situation, but seriously, until we can find some doctors willing to try something different to help him, we can tell you how this whole thing is going to go. We have now seen this played out too many times.  It is frustrating… so we laugh sometimes.

There have been times where he doesn’t know who we are.  Even after we tell him.  It hurts, but it isn’t him – it is his illness.  Again, I can either laugh it off, or let it break my heart.  Sometimes he is extremely paranoid – one time he was convinced that he was all alone on the floor they moved him to, and they were trying to kill him.  There was a poor technician trying to do an EKG on him, and he FREAKED out. He started yelling that she had killed her husband, he saw it on the news, she did it first in English, then in Spanish….  He tried to pull out his IV and leave, he was very scared.  What do you do when you can’t do a damn thing to help someone you love?!?  It was scary.  It sucked. Mostly I was sad because I was completely helpless.  I fucking hate that.

This week, my dad had a seizure and went to a hospital.  He didn’t want to stay, he didn’t want to go to his home…. so my brother brought him to Hollister.  I saw him that afternoon, and I could tell he didn’t feel good.  He hadn’t been taking his meds – still not sure why.  The next day he got worse – though my brother had him start his medications again – he became unable to respond/communicate, and my sister and brother called for an ambulance.

The ambulance took him to Salinas, because the hospital here is not equipped to deal with it – so here we go again…..  I joined my brother and dad down in the ER a couple hours after he was taken down there.  Pops was out of it when I walked in, but what he said tore out my heart and scared me…..

Dad: We have got to be getting near the end.

Me: The end of what dad?

He was pretty much asleep, so I tried to not make too much of it.  When they finally took him to a room, I heard him tell the nurses that he thought he was getting on a ship.  I laughed, because he was safe, he was being cared for, and it was completely ridiculous.  My brother and I were answering the questions again for the staff that would be caring for him and my dad was getting upset…. he kept interrupting our conversation with the nurse.  He was insisting that she take us outside to see the sea urchin, before it dissipates….  so we said okay and left the room to see the sea urchin.  Because what else can you do???

After a day or so, my dad starts making some sense.  But it takes a while for him to be himself.  The nurses and staff ask if he seems “normal”…. uh – no?!?! The only thing that is close to normal, is his frustration that he can’t get his thoughts out clearly.  His irritation with being in the hospital is normal.  Yesterday he told us that he thought we sent him off on a ship to die…. He said, “I thought I died, I swear, I thought I died.” Ugh.

Something has got to give!

The hospital is talking about discharge again, and we are trying to take a different route.  We are trying to get him into a facility in Hollister.  It doesn’t feel good putting him in a “home”, but he needs someone to help make sure he is taking his medications on schedule, that he is eating well, that he is getting rest and hydration.  We want him in town, so that he is closer to all of us.  But it is difficult.  There is insurance, approvals, his limited income, his risks…. and the emotions – oye, the emotions are epic.

He doesn’t like to be a “burden” on us kids.  He doesn’t like that we worry about him, or that we are constantly running to the hospital to see him when the seizures take over.  But how could we not?  I feel like he is too young to be in a care facility, but I am not able to take care of him myself.  It is hard for me to reconcile this version of my dad, with the guy who was larger than life. I am SURE he hates this.  I hate it for him.  I don’t want to take away his independence, but he NEEDS HELP.  We need help.

Just like there is no instruction manual for raising kids, there is no definitive source for how to care for your parents when they need you. What is happening to my dad is not anything to laugh at, but sometimes it is the only thing helping me keep it together. Adulting is hard. If you need me, I will be in my pillow fort, coloring.

Crazy, passionate, creative, extremely flawed mother of twin boys. Currently unemployed & busier than ever.... looking for what life will bring us next! View all posts by CrazyAsAMother

This is a text widget, which allows you to add text or HTML to your sidebar. You can use them to display text, links, images, HTML, or a combination of these. Edit them in the Widget section of the Customizer.
%d bloggers like this: